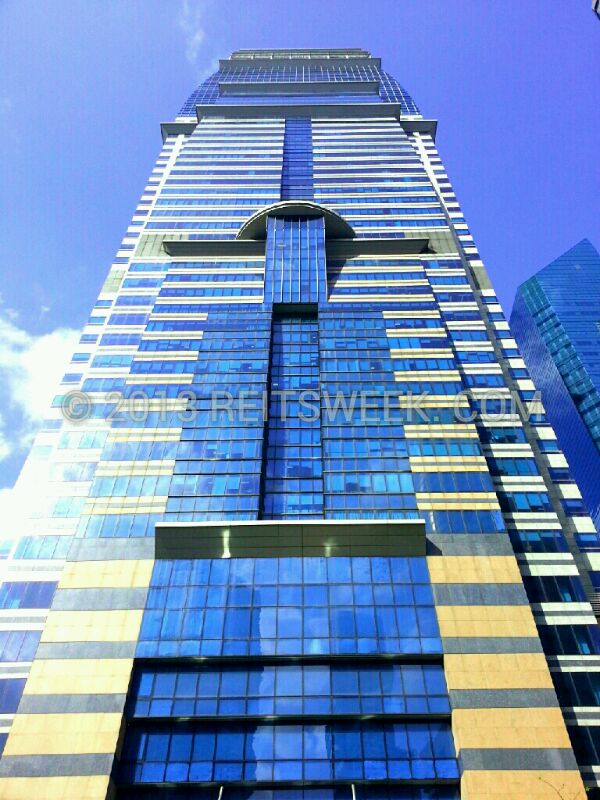 Office landlord CapitaCommercial Trust (CCT)(SGX:C61U) has posted a distribution per unit (DPU) of 1.96 cents for the financial quarter ended 31 March 2013 (1Q 2013) as it announces optimism regarding Singapore's limited office supply in the CBD.

CCT’s 1Q 2013 distributable income of S$55.7 million is 3.3 percent higher than the S$53.9 million achieved in 1Q 2012. This comes on the back of higher gross revenue grew which grew by 9.7 percent from 1Q 2012 mainly due to a full quarter contribution from Twenty Anson acquired in March 2012 and HSBC Building’s higher rent which started from end-April 2012. Net property income in 1Q 2013 saw a 7.1 percent rise due to higher revenue offset by higher property tax and operating expenses.

Mr Kee Teck Koon, Chairman of the Manager, said, “CCT’s office portfolio is well positioned to benefit from positive rent reversions given that the average rent of leases expiring in the rest of 2013 is lower than the average monthly office market rent as at 1Q 2013. The ongoing asset enhancement works at Six Battery Road and Raffles City Tower are scheduled for completion by end-2013 and 2Q 2014 respectively. The development of CapitaGreen is on track to be completed by the fourth quarter of 2014. Together with our active leasing efforts, these asset enhancement initiatives and the future rental income from CapitaGreen will underpin the growth of the Trust for the long term.”

Mr Kee added, “With a total asset value of approximately S$7 billion, CCT has a strong balance sheet given the low gearing at 30.4 percent, and 78 percent of the debt being fixed rate borrowings. The 69 percent of assets being unsecured also affords CCT greater flexibility in capital management.”

Ms Lynette Leong, Chief Executive Officer of the Manager, said, “CCT’s portfolio occupancy is resilient at 95.3 percent compared to the market average occupancy of 93.2 percent for Core CBD as at the end of 1Q 2013. CCT’s properties also registered positive rent reversions; as a result, CCT’s average monthly portfolio office rent continued to increase from S$7.64 per square feet in 4Q 2012 to S$7.83 per square feet in 1Q 2013.”

CapitaGreen, CCT's Grade A office tower that is currently under development, is expected to be the only new office supply completing in 2014 in the CBD. Active pre-marketing to select prospective tenants has commenced. The upgrading of Six Battery Road is on track to be completed by end of this year and the upgraded office space is able to command premium rental rates. The upgrading of Raffles City Tower has also made good progress and tenants will enjoy a refreshed working environment.

These developments are expected rejuvenate CCT’s property portfolio. However, CCT’s performance in the later half of 2013 will be affected by One George Street, the yield protection for which will expire on 10 July 2013. To minimise this impact, CCT has stated that it will continue its proactive portfolio management to increase overall occupancy rates and generate higher property income.