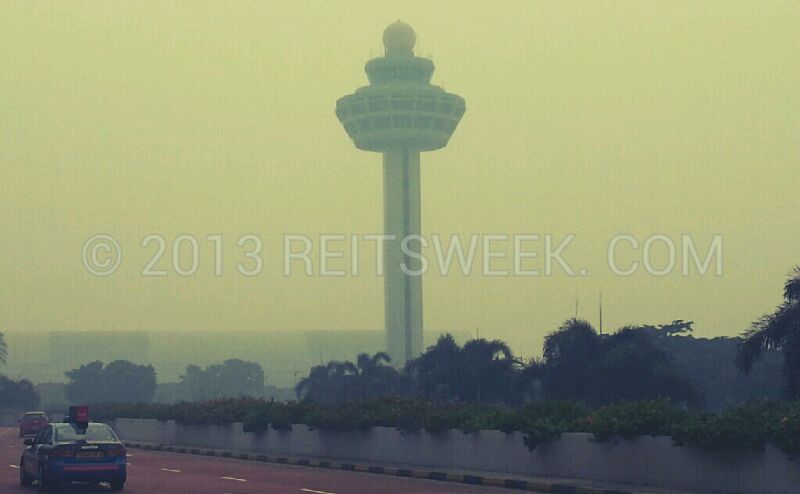 2013 could have been a better year for Singapore Hospitality REITs and Property Trusts. A culmination of factors has significantly affected the performance of the Singapore hospitality industry this year.

These include the late occurrence of the traditional Chinese New Year, lack of large scale exhibitions such as the Singapore Airshow and downward pressures on RevPar caused by the surge in the supply of hotel rooms in the country.

Like a rub of salt into a festering wound, raging forest fires in neighbouring Indonesia have enveloped the country with vicious smog, casting a shadow on tourist arrivals numbers for the rest of the year. Singapore’s average 3-hour reading of the Pollutant Standard Index (PSI) has hit a high of 321 - highest recorded ever for the nation state and widely reported in international news media such as Bloomberg and Reuters.

A reading above 300 reads as hazardous on the PSI scale. Tourists, especially those from Europe and the Americas, have been known to shy away from Singapore during the years when the haze situation was known to be particularly bad.

A news report by AFP yesterday quoted an American business owner named Zac Kot, 40, who had to unexpectedly cut his visit short by two days because his family had difficulties breathing. Also interviewed was Russian tourist Egor Podolsky, 23, who has altered his travel itinerary into Singapore.

It is difficult to estimate the damage that will be incurred by the hospitality as the extent of the haze this year is unprecedented. The most severe smog experienced prior to this was in 1997 and that was estimated to have cost the region around US$9.3 billion in economic losses.

REITSWEEK is in contact with several Retail REITs, Hospitality REITs and Property Trusts listed in Singapore, in particular those with a significant presence of retail and hospitality properties in this region, to understand the projected impact that the haze will have on each of them.

As of 12pm this afternoon, Singapore-listed REITs are trading significantly down from the previous day’s close: