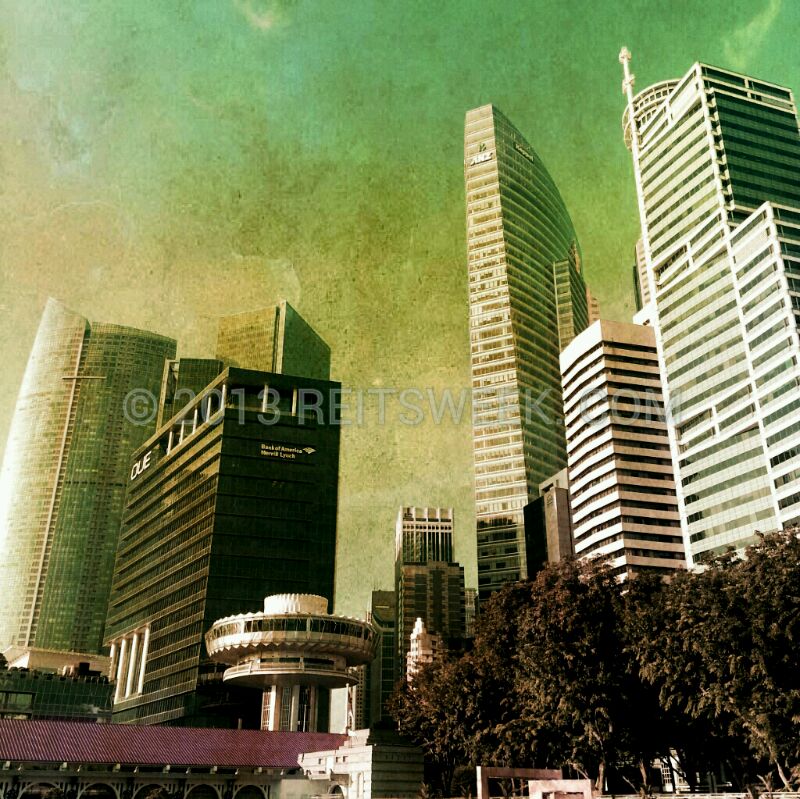 REITs and Listed Property Trusts have long drawn investors due to the fact that they pay relatively handsome yields. Unlike stocks, REITs are legally obligated to pay out a minimum amount of income received to unit holders, hence its popularity as a dependable source of dividends. The Standard & Poor's United States REIT Index itself has seen an average 3.26 percent growth yearly for the past 5 years, excluding dividends.

But the specter of rising interest rates is threatening to put and end to the run enjoyed by REIT unit holders in the past few years. The US recovery seems to be rattling back on track and the Fed is almost certainly going to end the liberal monetary policies it has espoused since the start of the 2008 recession. Once this happens, interest rates will slowly start creeping up north.

As a REIT investor, it is imperative that you fully understand the effects of rising interest rates on your holdings. This short articles aims to summarily examine the 3 reasons why REIT prices are almost inevitably going to sag once interest rates rises, ultimately losing its appeal as an investment class.

As mentioned above, the primary appeal of REITs and Listed Property Trusts lies in its yield. In low interest rate environments, such as the one we are in, investors flock to instruments such as REITs to beat inflation. Bonds and cash deposits hold little appeal as the interest rates they pay rarely protect deposits from being eaten away by prevailing inflation rates. Depositors do not mind taking the extra risk of investing in REITs as the margin between the interest on cash deposits and yields received from REITs is significant.

But once interest rates start going north, the margin between the safe rate (the risk free rate a depositor receives when parking his cash in a cash deposit) and the yield paid out by REITs narrows to a point that it makes less sense to take this risk. REITs after all are securities that fluctuate in prices. As more depositors begin to withdraw their holdings from REITs into cash deposits and bonds, unit prices for REITs would inevitably start to sink.

Like most corporations, REITs rely on gearing or leverage to make property acquisitions and carry out day-to-day operations such as asset enhancement initiatives (AEIs). These leverage can come in the form of medium term notes, bond issues or lines of credits obtained from the various banks. In any case, these instruments come with interest obligations that will form a part of borrowing costs for the REIT.

Once interest rates rises, borrowing costs will increase too. This means that REITs will incur hefty borrowing costs that will eat into the bottom line and will be less likely to make acquisitions or carry out AEIs. Acquisitions and AEIs are dominant methods in which a REIT grows its revenue. Should these activities go suddenly muted due to high borrowing costs, a REIT fails to grow and its appeal as an investment vehicle wanes among investors - further driving down its prices.

Changes in interest rates reduces the amount of capital that is available between financial institutions. This is because when capital availability is tight, providers of capital, such as banks, tend to lend less as a percentage of intrinsic value, meaning that loans are done at lower loan to value ratios. When this happens property buyers are not able to exercise as much leverage as they had during times of low interest rates, meaning less people are able to purchase properties for investments. This will have a generally sinking effect on property values, including commercial properties that REITs typically invest in.

As property values or REITs head south, Net Asset Value (NAV) per unit will sink with it. This will further exacerbaote the downwards directions of REIT prices in addition ot the factors above. But a more significant consequence of this is that a REIT is likely to have less debt headroom. You must recall that REITs are regulated investments with limits on how much they can leverage upon, with most set at no more than 35-60 percent of asset values, depending on whether they have received ratings from credible ratings agencies. Once their property values drop, their ability to take on lines of credit for growth reduces, further amplifying the factor of leverage discussed above.

In summary, it is almost a foregone conclusion that rising interest rates are going to hit to REIT unit prices. But when interest rates do rise, they will in all likelihood, come in progressively. As such, it is unlikely that REIT prices are going to go off a cliff anytime soon. Should they start to lose their appeal due to high interest rates, REITs are more likely to ride off into the sunset silently but valiantly.

REITs which have taken proactive steps at managing borrowing costs, such as interest rates swaps, may be mitigated against the general onslaught of rising interest rates. In the fifth issue of REITSWEEK, we will be covering REITs which have covered their interest positions through active capital management strategies. You may wish to subscribe to this here.

The only silver lining in the discoursed scenario of rising interest rates is that nnce prices of REITs start going down south, yields will slowly start creeping up. There will be properties in REITs that are still making income in spite of business conditions and the true investor who knows how to spot that opportune moment in a time when everyone else goes the other direction, will benefit most from this asset class.