Occupancy in Singapore CBD Offices Slide But Rental Rates Up 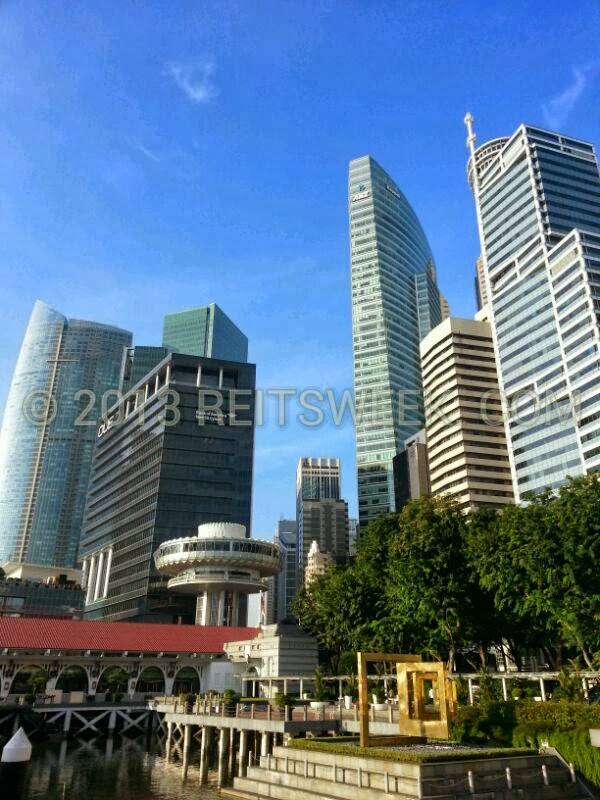 Due to a significant supply of new offices hitting the market, the average office occupancy rate in Singapore’s CBD slid by 1.6 per cent to 93.5 per cent in 3Q 2013 from 95.1 per cent in 2Q 2013. This is according to data presented by CapitaCommercial Trust in accompanying its financial results for the quarter.

However despite falling occupancy, rental rates have appeared to hold. According to CBRE Grade A office rents remained stable for a third consecutive quarter at S$9.55 per square foot per month and are forecasting a modest rental recovery, possibly from the next quarter onwards.

At least four other property consultants including Cushman & Wakefield, Knight Frank, DTZ and Colliers International have reported an uptrend in the Grade A office market rents by 0.6 per cent to 2.8 per cent to a monthly rental range between S$9.14 per square foot and S$10.45 per square foot for 3Q 2013.

CapitaCommercial Trust has described the outlook for the office market as sanguine, given the consistent demand across active and diverse sectors such as professional services, energy and commodities, insurance and IT. Additionally, a number of sizeable tenants have activated relocation plans to better quality office buildings with increased space requirements.

"CCT’s Grade A office development, CapitaGreen, which is scheduled to be completed in 4Q 2014, is well positioned to benefit from this potential window of limited supply".

REITSWEEK will be covering the media release by CapitaCommercial Trust, and its financial results for the quarter, in the next issue.