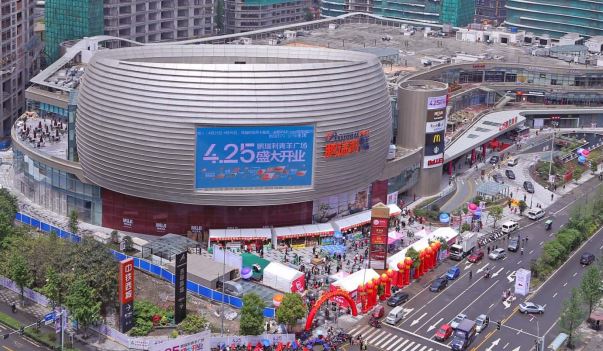 Units of Singapore-listed property trust Perennial China Retail Trust (PRCT) (SGX:N9LU) slipped by about one percent to SGD0.55 on the day its new mall in Chengdu officially opens for business.

Perennial Qingyang Mall, a 100% owned asset by the group, is positioned as a suburban shopping centre serving the needs of the working class in Western Chengdu. According to a statement released by the trust, the mall attracted a total of 238,000 shoppers on its first day of business.

To-date, the mall has achieved a committed occupancy of about 94.8%, with about 80.0% of its committed tenants currently in operation.

The Perennial Qingyang Mall features a number of international retailers, such as H&M, Muji, Adidas, Starbucks, Toys ‘R’ Us, OSIM and BreadTalk, as well other local retailers. The mall’s anchor tenant is Yonghui Supermarket and Jinyi Cineplex, which is operating seven cinema-screens including an IMAX screen. Both Yonghui Supermarket and Jinyi Cineplex are also anchor tenants at Perennial Jihua Mall in Foshan, PCRT’s first 100.0%-owned operational asset which opened in August 2013.

The announcement of the mall’s opening comes days after PRCT’s Chief Financial Officer (CFO) Foo Jong Sin announces his resignation from the trust.

Units of PRCT have fallen by about 15% to date from its high of SGD0.645 almost a year ago.