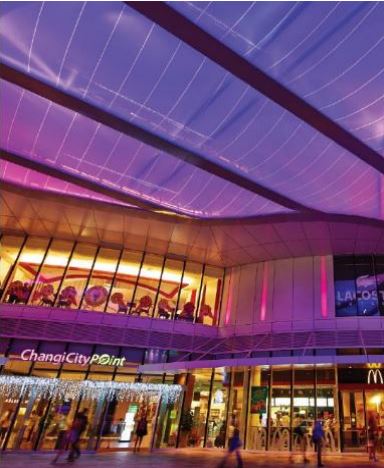 The forecast was given in a documents that are being distributed to unit holders ahead of an Extraordinary General Meeting (EGM) on 29 May to seek unitholders approval for the acquisition. The REIT is looking to purchase the three-storey mall for SGD305 million (USD243 million).

Changi City Point is anchored by supermarket operator Cold Storage and electronics retailer Gain City. The mall serves an estimated 25,000 workers in the Changi area and 457,000 residents in its primary and secondary catchment areas. The property has 143 committed leases as at 28 February 2014 with an occupancy level of 97.8%.

Upon acquisition, Changi City Point is expected to contribute an estimated 12.8% to total property income from its portfolio of properties.

Besides approval for the acquisition, FCT is also proposing an issue of 90 million new units under a private placement to fund the purchase. The new units will be placed with Frasers Centrepoint Limited (FCL) controlled by Thai billionaire Charoen Sirivadhanabhakdi.

The forecast comes on the back of separate filing with the Singapore Exchange signalling its intention to list a hospitality-focused REIT.The proposed REIT will have an initial portfolio of six serviced residences and six hotels owned by the company and its majority shareholder, Thailand’s TCC Group, also controlled by Mr Charoen.