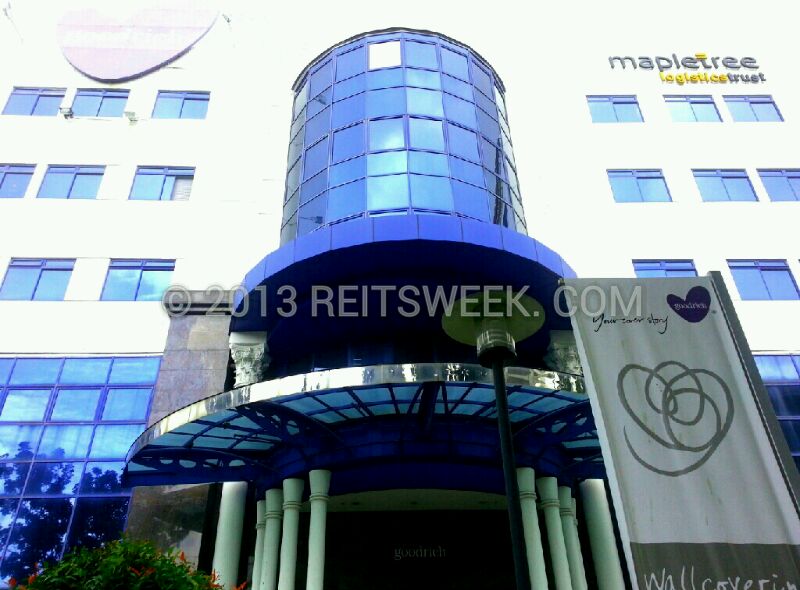 Recent acquisitions in Malaysia and South Korea has contributed to higher revenue for Singapore-listed industrial REIT Mapletree Logistics Trust’s (MLT’s) (SGX:M44U) 2Q FY14/15, allowing it to record a distribution per unit (DPU) of 1.88 Singapore cents for the quarter.

The DPU represents an increase of 3.3% as compared to the 1.82 Singapore cents paid in the corresponding period for FY13/14. The REIT registered gross revenue of SGD81.5 million and net property income (NPI) of SGD68.7 million for the quarter, representing a year-on-year increase of 6% and 3% respectively.

Besides its overseas acquisition, MLT has also pointed to higher revenue from existing assets and the coming online of five-storey ramp-up logistics facility Mapletree Benoi Logistics Hub as contributors to better numbers for the quarter.

MLT described the period as a busy one for the REIT as it deepened its presence in target groth markets such as China, South Korea and Malaysia. “For the first half of the financial year, we had made four accretive acquisitions of about SGD149 million”, said Ng Kiat, CEO for the REIT’s manager. “We hope to continue to strengthen our portfolio through more acquisitions and asset-enhancement initiatives”, she added.

However the REIT has warned that conditions ahead look to be challenging. “On the operational front, we expect to face some headwinds in our Singapore portfolio over the next 12 months as more properties are expected to be converted from single-tenanted buildings to multi-tenanted buildings. We will continue to focus on tenant-repositioning and retention”, said Ng.

The REIT also highlighted Singapore’s new industrial leasing environment, which it described as “more challenging” due to tighter regulatory restrictions on the use of industrial space by JTC, as a cause for concern.

Portfolio occupancy for the quarter declined from 97.6% to 97.2% as compared to the previous quarter. MLT attributes this lower occupancy figures in Singapore due to the conversion of several single-tenanted properties to multi-tenanted ones. For leases renewed during the quarter, the rentals achieved were on average 9% higher than the preceding rental rates, contributed mainly by leases in Hong Kong, Singapore and Malaysia.

Following the recent acquisition of the two China assets in October 2014, aggregate leverage for the REIT has increased to 34.6%. Weighted average borrowing cost for 2Q FY14/15 stands at 2.0%.

The distribution of 1.88 cents per unit will be paid to eligible unitholders on 28 November 2014. Units of MLT are currently listed on the Singapore Exchange at SGD1.20.