Singapore’s only residential REIT, Saizen REIT (SGX:T8JU) reported on 12 May that its year-on-year revenue and net property income (NPI) has decreased by 2.0% and 1.4% respectively in the third quarter ended 31 March 2015.

The REIT has attributed the results mainly to the divestment of three properties between May 2014 and November 2014 and a decrease in average occupancy rates.

Overall rental reversion of new contracts entered into in 3Q FY2015 was marginally lower by about 0.8% from previous contracted rates. “Rents in Kitakyushu remained weak in 3Q FY2015, which is reflective of the general state of the local economy”, said the REIT in an announcement marking the results.

“There were also several residential units in other cities which saw relatively larger negative rental reversions as their previous contracts were entered into between 12 and 22 years ago”, the REIT added.

However positive rental reversions were observed in specific areas such as Tokyo which recorded positive rental reversion of 2.8% on average in 3Q FY2015. Average rents for properties such as Quest Tower Noboricho and Villa Kaita in Hiroshima, Mon Palais Toroku in Kumamoto and Royal Hills Katagiri in Sendai have been on an upward trend in the past year, said the REIT.

There is no distribution declared for the financial period. The REIT has a policy of making distributions semi-annually. Units of Saizen REIT are currently listed on the Singapore Exchange at SGD0.88. 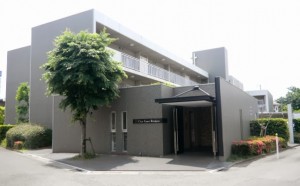