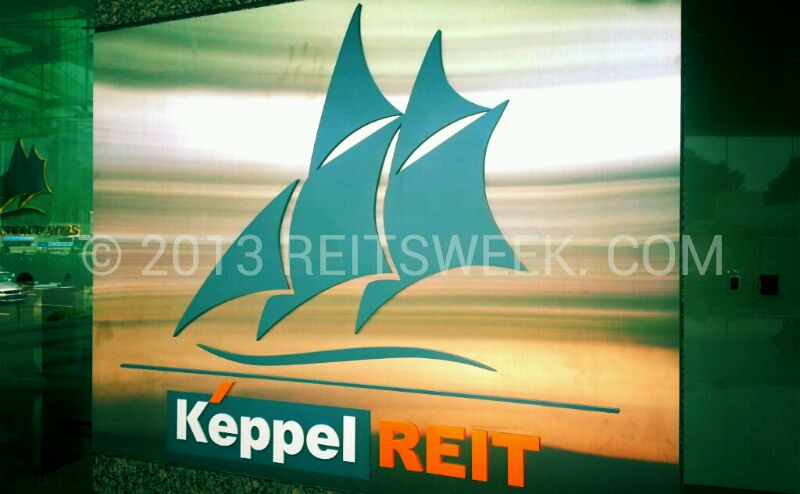 The REIT has attributed the figures mainly to full-year income contribution from its one-third stake in Marina Bay Financial Centre Tower 3, and higher contributions from 8 Chifley Square in Sydney and the office tower on the Old Treasury Building site in Perth.

During the quarter, Keppel REIT’s gearing level reduced by approximately 8% to 39.3%. “The improvement was due mainly to lower borrowings and revaluation gains from Keppel REIT’s investment properties in end-2015”, said the REIT. As at end-2015, 70% of the REIT’s loans are on fixed-rate. Keppel REIT’s average cost of debt is at 2.5% while interest coverage ratio is at 4.4 times.

Portfolio occupancy as of end-2015 is at 99.3% while weighted average lease expiry (WALE) is approximately 8 years .

“Looking ahead, market conditions are expected to be demanding as Singapore undergoes economic transformation. The office market will also face headwinds with the upcoming office supply over these two years”, said the REIT its statement on the results.

“The manager remains committed to deliver sustained returns to its unitholders through harnessing strengths and capturing greater value through its ongoing tenant retention and engagement programme”, said the REIT. “The manager will also continue to focus its efforts on maintaining a healthy and long lease expiry profile”, it added.

Units of Keppel REIT ended the trading day 1.6% lower from its previous close on the Singapore Exchange to finish at SGD0.88.