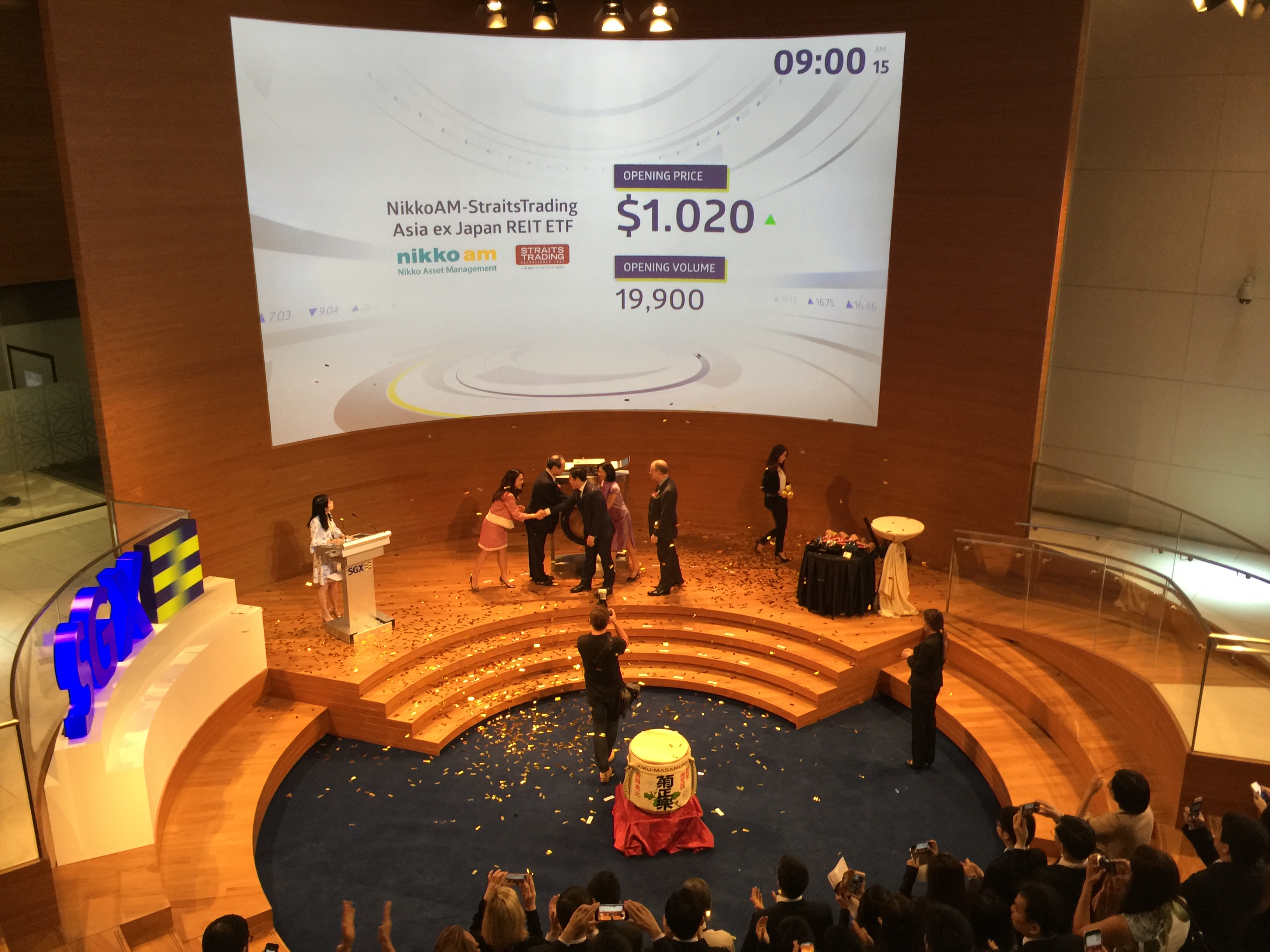 Against the backdrop of strong investor demand for high yield real estate-backed investments in the Asian region, the Nikko AM – Straits Trading ex Japan REIT exchange traded fund (ETF) has set an objective of SGD200 million (USD143 million) in assets under management (AUM) as a milestone target.

Responding to a question from REITsWeek, Takumi Shibata, President and CEO of Nikko Asset Management, did not give a specific date as to when the milestone is expected to be reached, be indicated that he will be “very disappointed” if the target is not achieved within one year.

Shibata was speaking at a media conference on 29 March after a listing ceremony for the Nikko AM – Straits Trading ex Japan REIT ETF on the Singapore Exchange (SGX).

The security, which was priced at SGD1.00 during its initial offer period (IOP), opened slightly higher at SGD1.02 at the start of official trading on the bourse.

According to Shibata, the ETF, which tracks the FTSE EPRA/NAREIT Asia ex Japan Net Total Return REIT index, will be marketed into the wider Asian region, including Japan.

“I will be very surprised if investors in Southeast Asia and Japan do not find it attractive”, said Shibata, who posited the Nikko AM – Straits Trading ex Japan REIT ETF as a vehicle that offers excellent geographical diversification into the region’s highest quality REITs.

The ETF opened for trading on 9 a.m. on 29 March with approximately SGD54.4 million in AUM, SGD42.6 million of which was seeded by Nikko Asset Management and Straits Trading.

During its IOP, the fund gathered a further SGD11.8 million from retail investors.

The Nikko AM – Straits Trading ex Japan REIT ETF is the second REIT ETF to list on the SGX.