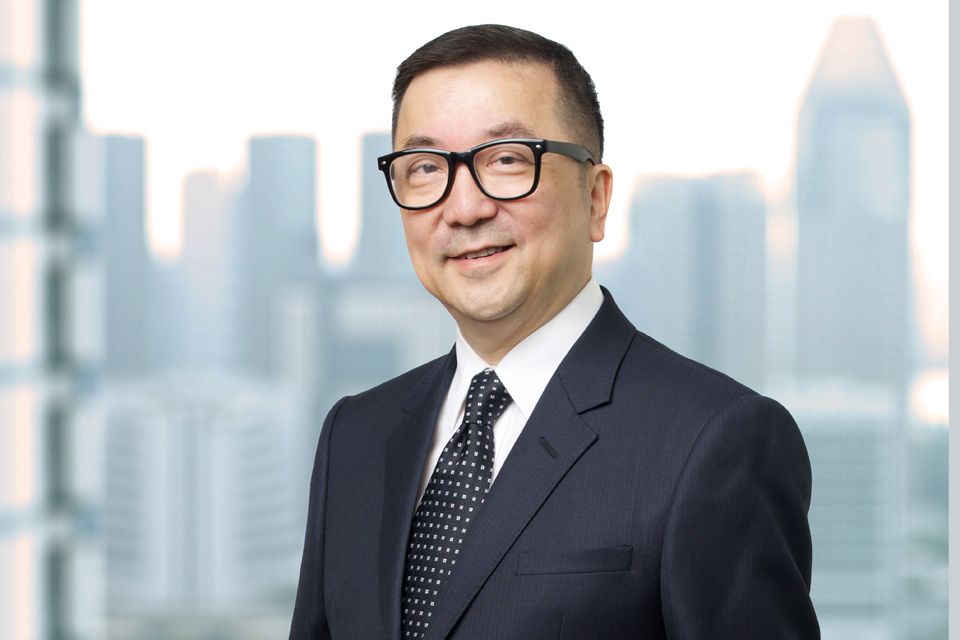 With an indicative yield of about 8% based on current unit prices, EC World REIT promises one of the most attractive returns relative to its peers in the Singapore REITs universe.

REITsWeek speaks to the CEO of EC World REIT’s manager in an exclusive interview to ask him questions on future direction, reasons for the recent change in its leadership, and prejudices that some investors may have against China-linked securities.

In part one of this interview, we discuss the REIT’s seemingly abrupt leadership changes, controversies over cash deployments, and the general stigma that some investors may have with regards to China-linked securities.

EC World REIT is a Singapore-listed REIT that invests in a portfolio of properties used primarily for e-commerce supply-chain management.

The REIT, which has an initial geographical focus on China, listed on the Singapore Exchange in July 2016 at SGD0.81.

As at the time of this writing, units of the REIT last changed hands at SGD0.755.

Within months of its listing, EC World REIT saw changes in its top leadership, appointing a new CFO in December 2016, and a new CEO and Executive Director in April 2017.

This raised some concerns among investors who questioned if the move, which happened relatively close to the REIT’s listing, is a symptom of underlying turmoil within the REIT’s management team.

“The IPO phase, and the expansion phase of a REIT both require a different set of skills”, said Alvin Cheng Yu-Dong, the current Executive Director and CEO who was appointed in January 2017.

“The previous senior management team are experienced in corporate finance and listing process and they have done a good job in getting the REIT listed”.

“But we now require a leadership team that are good in the efficient running of a REIT, and hence we have assembled a team who are familiar with REIT management”, said Cheng, highlighting how his new CFO, Johnnie Tng Chin Hwee, has had experience in the same capacity at Ascendas India Trust and Keppel REIT.

Cheng, who himself has spent time in the senior management team of Lippo Malls Indonesia Retail Trust’s manager from 2010 to 2016, including as CFO and then CEO and Executive Director, downplayed suggestions that the leadership changes were abrupt and a sign of underlying difficulties within the management team.

REITsWeek then floated concerns that some investors have with regards to China-linked investments, and how these securities, including REITs, are considered to be more risky in comparison to its peers.

“The entire management team is based in Singapore with significant experience in international markets while the Board consists of majority of independent directors from Singapore and Hong Kong”, said Cheng, addressing concerns over management talent.

All of us have international working experience in a similar industry including in Singapore REITs, said Cheng, who again pointed to his time spent in the senior management team of Lippo Malls Indonesia Retail Trust’s manager.

“The REITs industry is a highly regulated industry in Singapore, similar to the banks”, said Cheng, pointing to how REITs in the country are answerable to both the Monetary Authority of Singapore (MAS) and the SGX.

“MAS has scrutinised the appointment of REIT manager’s CEO and its board of directors, including rigorous background checks, and requires the individuals to be familiar with the management of REITs”

In comparison, China-focused non-REITs securities that are listed in Singapore largely only need to be accountable to the SGX.

“The statutory disclosure and reporting requirement for REITs to be more stringent than a listed company including China focused entities”.

In addition to that, the REIT manager’s fees are tied to DPU instead of asset size, and as such, its interests are aligned with that of the unitholders, said Cheng.

In October 2016, EC World REIT has issued a clarification, in response to queries from the Singapore Exchange (SGX), on the redeployment of cash security deposits received from its master leases.

The REIT originally stated in its prospectus, prior to its July 2016 listing in Singapore, that the security deposits would be invested in a diversified portfolio of quality, investment grade RMB-denominated Chinese corporate bonds with a credit rating of 'AA-' and above.

EC World REIT subsequently announced in September 2016 that it will redirect the security deposits towards a property acquisition that it is currently considering instead, without naming the property concerned.

SGX has since asked the China-focused REIT to clarify the security deposits redeployment, and explain risks that may have arisen from the move.

In its clarification then, EC World REIT said that circumstances that have arisen post-listing, such as volatility in the Chinese bond market, have prompted it to seek alternative use of the security deposits.

As such, the REIT has decided to allocate a part of the cash from the security deposits, which is understood to be about RMB300 million (USD44.6 million), towards possibly acquiring the property that it is currently evaluating.

An implication arising from the redeployment is that its actual distribution yield for the financial period ending 31 December 2016 may be lower than forecasted in the prospectus, said EC World REIT.

This is because the security deposits are currently kept as bank deposits, instead of being invested in bonds, the REIT added.

“After listing, we recognised that while yield is high, but risk and volatility are also high, and we could be left with much less”, said Cheng in the interview.

“I think it is a great move for unitholders, despite having the need to go through the clarifications. The security deposits can now be used for acquisitions that are yield accretive to unitholders”, he added.

In part two of the interview next week, EC World REIT discusses its investment mandate and future directions.